Loving Jesus. Serving people. In the power of the Spirit.

Trinity Church is a coming together of three branches of the Christian Church in the Town Centre of Stafford.

The Congregational Church in Martin Street was sold to the County Council for office extensions, and a replacement Church was built and opened in Eastgate Street in May 1966.

The people of the Presbyterian Church in Mount Street, as part of the United Reformed Church, joined with those at Eastgate Street in January 1982.

Wesley Methodist Church in Chapel Street was sold to the Standard Life Assurance Company for redevelopment. In a symbolic act of union the people of all three denominations joined as a last act of worship in Wesley Church in September 1984 and together walked to the Eastgate Street Church.

The Congregational witness in Stafford dated from 1786, the Methodist from 1779 and the Presbyterian from 1662.

The Presbyterian Church, which incorporated the structure of the 1689 Chapel – one of the earliest Presbyterian meeting houses in the County – was demolished to make way for Trinity Church, opened in November 1988. In its turn, the Eastgate Street Church too, was sold. 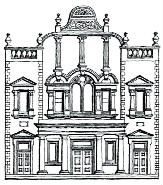 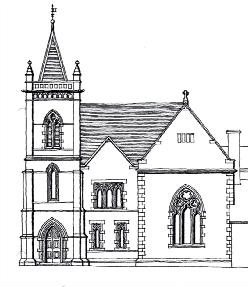 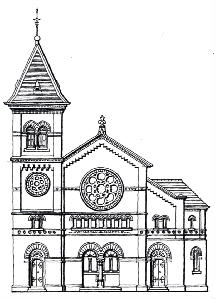